I have more stories set in my teen years, but I’m eager to jump ahead in my tales and talk about a name I’ve spoken and written about for quite some time – always in praise and love. I’m talking about none other than Kaaron Warren, a woman with a dark mind and talented pen, because her works go in places most writers shy away. 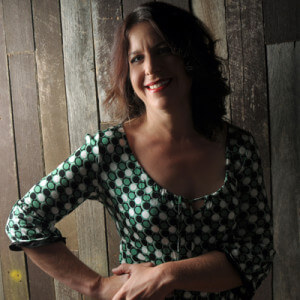 I’m forever grateful to Angry Robot, which have taken a chance on a young reviewer with not a lot of influence in the genre and given him books to read (I’m still surprised when that happens), because “Slights” by Kaaron Warren was among the publisher’s first releases. I’m not an active horror reader per se (fantasy runs in these veins, boys and girls), but it’s hard not to consider this a novel inherently ahead of its time, concept-wise.

“A most grotesque mosaic of human debauchery and demoralization, whose beauty lies within the intricacy of its design.”

Thinking about “Slights” makes me want to read and review it again, because I feel as though the review from four years ago doesn’t nearly scratch the surface.

What’s fascinating about Kaaron as an author is that she seeks stories wherever they go and that means genre hopping. Although she’s established as a horror writer, I found her brilliant science fantasy post-apocalyptic novel “Walking the Tree” to be one of the books that define me. There’s this saying about how every person has eight books that speak of him as a human being, but it’ll take around 8000 to find them. I found one in “Walking the Tree”.

That’s the significance I want to impress upon you. I reviewed this one in two parts and this what I had to say about it as a whole:

“Warren wrote a story, which could not fit any genre, because it is bigger than any genre definition to hold it down. Warren couldn’t have written this novel. To it felt as if she planted seeds of ideas in ash from burnt pages and manure from leather, then watered it with ink and let the story grow roots. Then a stem. Then veins that wind around the reader, blossoms that digest his mind body, dissolve his mind and absorb his soul into its core. Walking the Tree is too organic to be called a story. Warren birthed a world as realistic as it is fantastical. Warren birthed life.”

Talk about clunky writing, but the sentiment stands the test of time. I didn’t finish this novel for three months, because I feared I’d might read it too soon, so I gave myself a few pages spaced in three to four day periods. I really didn’t want to admit to myself “Walking the Tree” was a finite product, that an ending would soon follow and I’d have to go back to my life. Who wants that? Especially, if they’re exploring this mind blowing society living under the shadow of a huge tree.

After “Walking the Tree” came “Dead Sea Fruit”, which gathers brilliant short fiction together. Needless to say, I loved it.

“Kaaron Warren makes the reader feel. Her stories are emotionally tactile and it’s through these sensatory assaults that I had to stop and process my response as well as think about what I’d just read. In Dead Sea Fruit as a whole, Kaaron Warren deconstructs blood ties, love and friendship and shines light on what happens when they mutate, when goodness dies and the human spark flickers out. Her stories follow the death of the soul, while the body’s still living, and the life of the soul after its body’s death. Her endings are usually the end for the lone, unfortunate people who populate her tales. Kaaron Warren isn’t for anyone. Much like in her novel Slights, she injects the reader with an overdose of anguish and grotesque, but there is beauty in her freakish, cold and clammy world, where no one is safe.”

Warren’s work has always challenged me as a reader and showed me new territories to chart. Her fiction has fuelled my creative resources and refined my writing. Perhaps what’s most important to mention is Kaaron’s personality. Apart from being incredibly talented, Kaaron Warren is one of the nicest people I’ve met (though not face-to-face, yet) in the community. She’s been more than an author I look up to creatively, but a dear friend to talk to and consult with. I wish for her to continue creating and putting more of her wonderful work out there. Genre is lucky to have her.