[Women in Genre, Day 24] Ellen Datlow and Stories in Darkness

I honestly can’t speak about Ann VanderMeer and not continue the conversation with another of the most prolific editors in genre, Ellen Datlow. Datlow works in the shadows of genre and has a keen eye for twisted stories to terrify and delight the reader. I’m not saying anything new under the sun, because Datlow has been editing anthologies since before I’ve been born.* 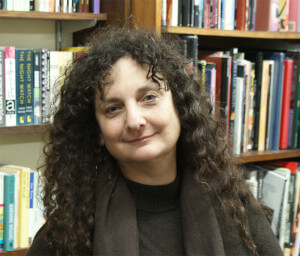 Impressed doesn’t begin to cover how I feel about this achievement on its own and I hope I don’t sound condescending when I say it’s double-so considering Datlow carved a piece of her own at a time the gender balance in genre looked even more dismal. Naturally, I can’t say what it was to be a woman in genre in the late 80s, but if we’re still in the process of fighting for equal respect and coverage of women as creators, then I’d imagine twenty years ago the situation didn’t look a lot brighter. I can’t help but nod in appreciation at all the anthologies she has edited and her big legacy in the twenty one volumes of The Year’s Best Fantasy and Horror anthologies – a staple in genre culture.

Where there is legacy, there are awards and Ellen Datlow has amassed a small collection. From World Fantasy Awards to Hugos and Stockers and Locus Awards, Ellen Datlow has them all and I can’t help but compare her to the greatest Pokemon master (provided you’d be comfortable of imagining awards as Pokemon). However, that’s not really personal. Yes, I do admire her for the work she has done. To me Datlow has become an institution and a role model to writers who can only wish to be featured in her anthologies and editors who want to emulate her success.

As with Ann VanderMeer, I had no means to buy the books I wanted so her name remained in a thick layer of mystery and worship. Reviewers I knew praised her skill as an editor, so I had no other choice but accept her domination as a reigning queen of horror. Horror in short fiction had a face and it wore black curls. I didn’t actually read anything edited by Ellen Datlow until 2012, when I somehow landed the gig as an editorial assistant in charge of submissions on the podcast Tales to Terrify.

Slush dominated my reading, yet I contacted established horror authors to request stories for the podcast. My guideline to find the better stories in horror? Ellen Datlow and the tables of contents she has left behind over the years. Soon, I received submissions with stories by authors picked by Datlow and I can honestly say, the authors I introduced myself through her anthologies blew my mind.

Horror doesn’t rely on a particular formula or elements to scare its audience. Nuances affect the story and narrative in subtle ways and given how individual fear has always been, it’s hard to see potential in stories to scare people, if the subject matter doesn’t scare you personally. It’s much like comedy. All about the emotion and its presentation to the reader. Horror editors have it real hard, because they read material that should scare them and every story develops an immunity to the triggers. To keep your perception in the long run – now that’s special and Ellen Datlow has it plenty.

So thank you, Ellen Datlow for tutoring me in the ways of horror and editorial craft and filling my backlog with anthologies I aspire to read.

*I checked it and it’s a legit statement. Her first Year’s Best Anthology hits shelves in 1988, one year before my birth year. Pretty neat, eh?