Once I mentioned how important Gemma Files became to me for her fearless inclusion of strong, gay characters as protagonists in a narrative, which prior to “A Book of Tongues” has featured a binary couple almost exclusively. I can’t speak about every book ever published, but it certainly felt like it was the only book willing to take Weird Western with its tough setting and tough men, definitive symbols of masculinity, and show raw masculinity didn’t suffer from homosexuality. 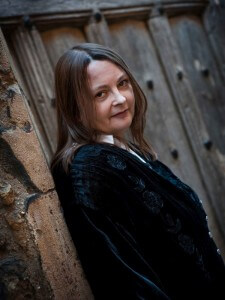 “A Book of Tongues” taught me to seek out defiance in fiction and counter-trope work in books, which brings to Anne Lyle and “The Alchemist of Souls”. Those interested may find my review in full HERE, because I look as in-depth as I could in the themes I talk about here and why Anne Lyle deserves more attention as a writer. Frankly, I don’t consider “The Alchemist of Souls” one among the many alternative history books out in the open, but a rather smart and detailed look at alternative sexuality in an era regarded as prude, asexual and restricted.

Non-binary sexuality, gender and relationships receive little coverage in general, but tend to be a completely overlooked element in historical fiction, because homosexuality and every other big word to describe non-binary behavior outside heterosexuality are rather new concepts, so it’s not a bit of a stretch to imagine a rather conservative sexual past. History, however, brims with many examples of alternative sexuality, sexual identity and gender. This juxtaposition between how we color our perceptions about sex in the past and what historical artifacts suggest sex was like has been a great interest of mine.

In this context, it’s understandable why I’ve enjoyed Anne Lyle’s “The Alchemist of Souls” and look forward to completing her trilogy. She lifts a veil and depicts Elizabethan England in every shade possible. I’ve taken this paragraph from my review to best summarize the sexual diversity and non-binary behavior that occurs in the book.

“The Alchemist of Souls doesn’t shy away from homosexuality. Mal and Ned seem to practice the modern friends with benefits relationship, while Ned has a steady lover in the face of Gabriel, a theatre actor, who plays female roles. At the same time, Mal and the Skrayling ambassador share a bond that transcends physical sensuality, but stays well within the realm of intimacy that has a lot to do with a fine sub-plot I won’t discuss (spoilers and all). Then, Hendricks’ obvious crush on Mal isn’t used against the character (Jacob Hendricks fills in the shoes of the novel’s resident spunky girl, a character I adore and that remains in male drag during the novel), so there are a lot of surprises that could catch a reader off-guard, considering the story takes place in Elizabethan times with a million and one misconceptions about the period.”

I highly recommend “The Alchemist of Souls” for its strength in worldbuilding, factual accuracy and dedication to bringing forth a different England pop culture has definitely gotten wrong. This novel is a testament to how human culture can cherry pick certain aspects from its history, go on to rewrite them for emphasize and downplay those elements which fail to service its agenda and bias. Anne Lyle has dug deep into a society we’ve grown accustomed to experiencing through a rather restricted lense provided by mass culture and has expanded horizons (mine, of course, but one can hope it achieves the same task with others).