[Women in Genre, Day 23] Ann VanderMeer and the Collector of Stories

Having completed several short story anthologies and collection and reading others, I have been thinking about short fiction more and more. There’s something to the brevity and the intensity of the narrative as a story rushes into fruition in a strict, clearly marked space. Even the silent ones, when written right, can leave just a distinct impression as a fully realized novel would. Writers have to see the magic, catch it in a single snippet and let it ripen for those with an ear to collect it for other’s enjoyment. Ann VanderMeer has gathered more succulent fruit than any other editor I have heard of and she has been doing in so in various projects, all of which beautiful and heavy with honey-juiced, creative fruit. 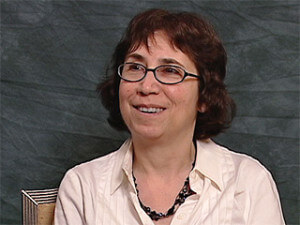 I may have said it elsewhere, but it’s worth saying it again. I have only the utmost respect for the VanderMeers, two of the great luminaries of fantastical fiction, because it’s rare to see anyone as industrious and committed to their work (vocation really) as this husband and wife duo. I’d very much like to imagine both as the lit-geek incarnation of Bonnie and Clyde, only armed with red pens and riding into the night with bags of the most precious stories.

Before I learned of the VanderMeers as a couple, there was only the one VanderMeer I knew of and that was Ann. As an aspiring (as aspiring as a newbie can get) short story writer, I could not pass through the Internet and not hear again and again how you can’t be considered a name in the genre, if you didn’t have a story in Weird Tales. To grab Ann VanderMeer’s attention, now that is something many strive for and few succeed at. I had just graduated from high school and had a bleak financial future ahead of me, so that meant no money to buy any Weird Tales issues.

All I had to fuel my imagination was the Internet and as a result, I had this larger-than-life and a completely mythical perception of who Ann VanderMeer is. One has to remember I was really a person with no footing in the industry and peeked from the outside. Mystification warped every single observation I ever made about the world of books and stories. What I believed in was that a short story sale to Ann VanderMeer would mean I have made it. That never happened as Weird Tales changed owners and with new management came new editors, which rendered my dream a could-have-happened-in-an-alternative-reality affair.

I still consider it a goal of mine to impress Ann VanderMeer with my fiction, because the stories she selects have all been special. It has taken me years, but I’ve read issues of Weird Tales under her tenure, sampled the opening stories in The Weird (co-edited with Jeff VanderMeer) and been following her selections for Tor.com. Every story feels as though tailored to my liking – grand or quiet in its beauty, spell-binding and crafted with the most resonant words.

Genre fiction grows round and fat with stories every day. Finding those worth reading is a task a few have the talent for. Ann VanderMeer possesses this sixth sense for fiction, so I hope she has hundreds more projects ahead of her to bring the best out of genre fiction out.

Who knows? I may even have a story in one of them. The motivation to write and perfect my craft remains the same.