[Women in Genre, Day 14] Gail Simone and the Birds of Prey

When you think of genre, you often associate it with books and rarely think about comic books, because comic books are peculiar and have often been separated from general SFF-dom. It’s true superhero-centric stories are in themselves a peculiar sub-genre as they rely on a narrative based on a sense of grandeur and over-the-top stakes. It’s do or die. Villains are outrageous. Heroes are expected to ascend beyond the flawed human nature. 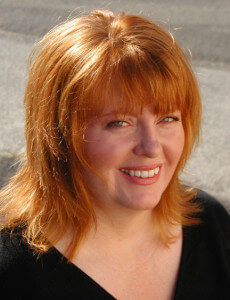 Marvel and DC dictate how the superhero genre evolves and there’s as much bad writing as there is brilliant writing. Where the superhero genre suffers most is its ever-increasing roster with new and old characters forming teams. You get a lot of action. Lots of panels full of fights and nick of time rescue – a whole lot of flash with not enough character development. Because I started with the X-Men, I’ve been a Marvel fan for a long time before I read the Birds of Prey (DC).

I wasn’t exactly sold on the concept, because the first issues were rather outrageous filled with a number of silly adventures. I stuck because the series had an all-female team, something I found refreshing. Male superheroes have always been center stage as if their personal struggles, pain or catharsis possess are somehow truer and more valid. I don’t remember much about the runs made by males, but I do recall the series grew consistently better once Gail Simone took over as head writer with Issue #56 up to Issue #108, which is a four-year span. This is an impressive run for a writer in the comic book industry, considering how often a title changes artistic direction. Even more so, because Simone is one of the few women writing for the big two.

The absence of female creators in comics has been a hot topic within the comic book community and I will from addressing it. After all, I’m here to talk about Simone and her writing, which has been nothing but superb. As a whole, I think she had the most success to get the core cast to dark places previous writers never could and balance a sizeable roster of heroes, villains and civilians like it’s nothing. To my memory, only Young Justice (the cancelled animated series) manages to provide a well-thought out greater story arcs and focus on the personal growth of each and every character shown to appear. Simone writes with great love for every character and adds shades of grey where most would fail – she redeems people (Savant and Creote) and distances traditionally noble characters from the goody-goody image (Black Canary by accepting a really questionable apprenticeship).

Perhaps, what she did best was subvert the superhero genre with her run on Barbara Gordon who in the pre-52 continuity operated as Oracle rather than Bat Girl. She runs the Birds of Prey, does research, organizes the team and outwits anyone who wishes to harm the people she cares about. Oh, she also does this better anyone and she does it in a wheelchair. Simone has created the first prominent disabled superhero in a powerful position in a genre, which praises the peak physical condition, ripped muscles and ability to dodge bullets with backflips.

Barbara Gordon as Oracle remains the most powerful female character I will remember, because she overcame great odds and pushed herself beyond her limits in a way, which departs from the typical superhero fashion (extraordinary and over-the-top) and feels raw, real and identifiable. I have certainly learned a lot about character development and growth through Simone’s writing, so I thank her. But I probably thank her most for the amazing moments she has given me with these amazing women fighting crime who feel so darn real.