I’m Doing It for the Experience

This post may come off as ageist. I’m well aware of my bias on this, but to a point I think it’s still grounded in some kind of logic. Bear with me as I announce this:

Writing is for the old.

I don’t know how I came to this conclusion, but it’s been with me since early childhood. Age is a sensitive topic even among my peers, so I’ve perhaps signed my death warrant discussing this here. But doesn’t storytelling often get marketed with wrinkles, sweet disposition and the wisdom of having lived long? Maybe storytellers and writers don’t necessarily mean the exact same thing, but aren’t writers just storytellers with access to a keyboard?

John Hurt in his role as the storyteller in the… uh, “The Story Teller” first introduced me to the stereotype. Then I’d study about Victor Hugo, Alexandre Dumas and Vladimir Nabokov, all shown as elderly gentlemen with impressive beards (Nabokov didn’t have one, but you get the point) and faces marked by their years. 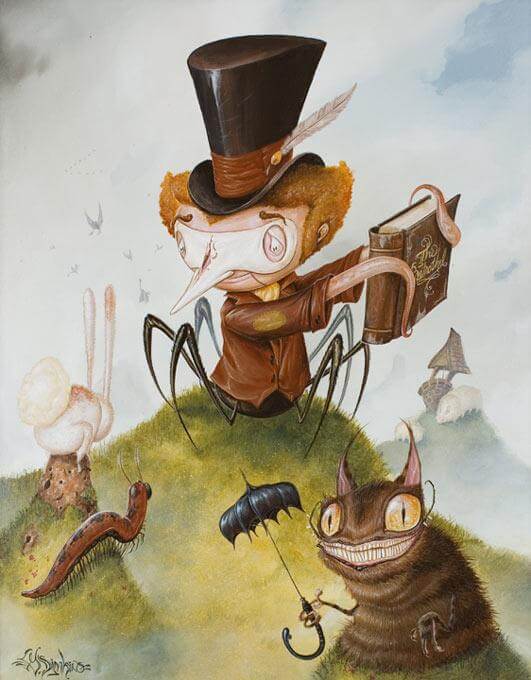 Although honestly, this is what I imagine when I hear story teller. (“The Story Teller” by Greg Simkins)

Condensing wisdom, orchestrating calamities, terraforming the imagination – all feats I have since associated with wizened men who needed canes and women whose hair had opted long ago for marble white as their primary color.

And when news sites make headlines with lists of the most popular/promising/talented writers under 30, there is some truth to this stereotype or cultural expectation, otherwise youth would not be treated as such novelty.

In my own experience, most authors I know are older than I am. Not by much, but enough for me to use age as an excuse to not push myself harder. As if hitting a certain age is the one and only prerequisite for getting a publishing deal.

“Oh, look – so-and-so got a deal after their twenties. It’s so normal to get discovered after you hit a certain age.” That’s your brain on procrastination, kids. It fucks up your career in its very inception.

In the past I believed age makes you a better writer, because… well, I don’t have any reasons to support said belief. Most successful authors I’ve heard of aren’t in their twenties, so there has to be truth to my assumption. Numbers don’t lie (not that I’ve researched this at all)! But it’s not the years.

It’s the experience that comes with the years. You can thank my roommate, Richard Morten – daredevil travel writer and photographer – who led me to this epiphany as he’s full of stories. Why? He’s been everywhere and talked to so many people. His soul and inner-world have only become richer by the adventures he has gone on. 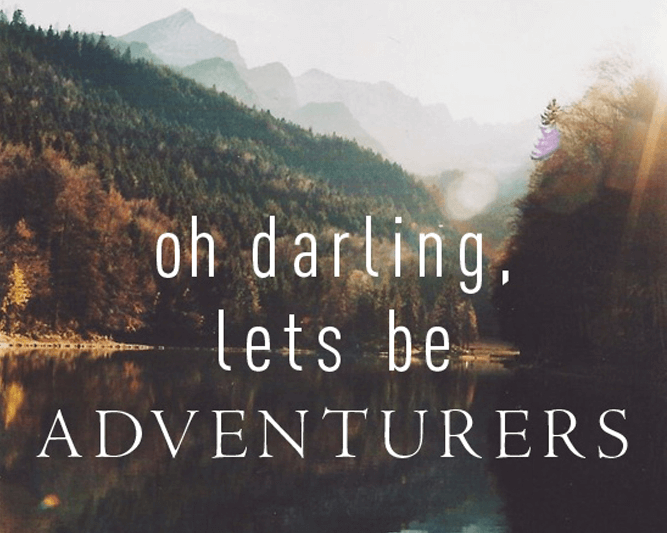 Time to be adventurous, me thinks.

To be a good writer; to have the capacity to draw from life and create your own narrative, you need to go through life first. You need to gather your own stories to breed and cross pollinate into new ones. That’s why age is a factor when writing is concerned. I feel as though the more situations you fall into and get out of, be they pleasant or nightmarish, the more material you collect for your own writing.

Where I currently stand in my life, I can’t say I have lived much. As an overly emotional and easily overwhelmed introvert with a crippling fear of the unknown, I’ve shied away from the adventure. For a long time, I considered a highly efficient routine to be the past course for me as it meant no surprises, no challenges and no risk of dealing with unpleasant people. For me studying storytelling meant reading books and watching movies and series. Seeing how others do it, but here’s the fault within this strategy.

Books and movies are other people’s approximations of feelings and experiences. Anaïs Nin once said the following truth:

“We don’t see things as they are, we see them as we are.”

Ain’t that what’s it all about. Studying reflections leads nowhere when it’s not supported by the real thing. True creation means digging deep into yourself and serving your humanity on a platter, exposing nerve endings. Writing for me is deeply confessional and I realize I’ve yet to tap fully into my life and I realize I don’t have many experiences to my name.

This year I’ve decided to be more out there. Dare to live a little. Shake things up. Screw up a few times. Make someone’s day just because. This is why I welcomed couch surfers from all around for a few days. Just to connect with someone who leads a completely different life from mine. My goal is to hoard experiences, then turn them into mulch and repurpose them into more stories.

I want to grow into an old cranky writer who never runs out of nerves to bare and emotions to transmogrify.

I’m challenging myself. Going outside my comfort zone.

And I’m doing it for the experience.