Honestly, I thought about leaving this post begin and end with her name. Le Guin is an immortal institution in science fiction and fantasy, better yet, a luminary (a favorite Bulgarian expression) and a damn good one at that. I don’t think there’s a generation of readers or writers right now in genre that have not been touched by one of her works. 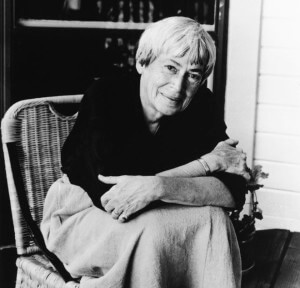 Earthsea served as my introduction to Le Guin’s work. I was fourteen and a self-proclaimed nerd as far as books were concerned. I used to bring my Tolkien omnibus to school, which occupied half my backpack and weighed a ton to a very physically-challenged teen. Why? So that I could crack it open in class or during recess and joke that I would do some light reading.

Coincidentally, Le Guin’s Earthsea translations had been lumped into one omnibus of their own, which I spent my summer vacation reading. By that time, I flirted with the idea that I could very well be one of these people telling amazing stories, but only dipped by toes into short stories and partial novel notes or at least a few chapters here and there. I remember it took me weeks to get through my first ever short story (“The Woman of Kemai”). The idea to spend months felt a lot like work.*

“A Wizard of Earthsea” obsessed me with its calm prose, picturesque scenery and wise, likeable characters and I couldn’t help myself. I had to write one novel. One novel just like the four I had just read. So I placed pen to paper and scribbled in notebooks, journals and loose sheets of paper until I reached the fabled THE END – the sweetest THE END I have ever written.

It’s surprising how many of the things people say about novice writers are true. The first novel I ever completed mimicked Le Guin’s worldbuilding, but somehow also retold the X-Men with a healthy dose of characters I pulled out of Guilty Gear X. Nevertheless, I thought it was the most original writing out there.

Later on, as a senior in high school, I grew really serious about making a career out of writing as I’ve been reading a lot of Holly Lisle’s advice online, along with Rachel Vincent’s blog, so I had the compulsion to write to Miss Le Guin and ask her advice on what would be best for a novice novelist – writing a series (they seem to sell better) or go for a standalone (safer for a novice). In hindsight, I didn’t realize how big of a name she is, but she responded within a day or two with the nicest e-mail I’ve received from an author I haven’t talked to first on a social network.

She advised me that it was better to write standalones until one sells before going into series as it could happen that I’d write closely connected novels, which might never sell. Although I later searched for that e-mail correspondence, I could never find it.

Nevertheless, her words still hum in my head and my heart. Those from her e-mail more than six years ago and the stories I’ve read of hers (especially in the Hainish cycle, which first introduced me to the concept of a non-binary gender). For this, I thank her.

*Spot on… Too bad I avoided this lesson like hell.