What Clarion Means to a Minority Writer

This year I experienced the most transformative event in my life – I attended Clarion UCSD, the writer’s workshop that changed me in ways I didn’t imagine. For those who are not in the know about Clarion, it’s an writers’ workshop in San Diego that lasts for six weeks. I liken it to a Battle Royale for writers where everyone walks away as a winner, if a bit unhinged after all the writing, reading and critiquing. Gregory Frost, who helmed the first week, described it as an ‘MFA in six weeks’ and it’s an apt comparison. 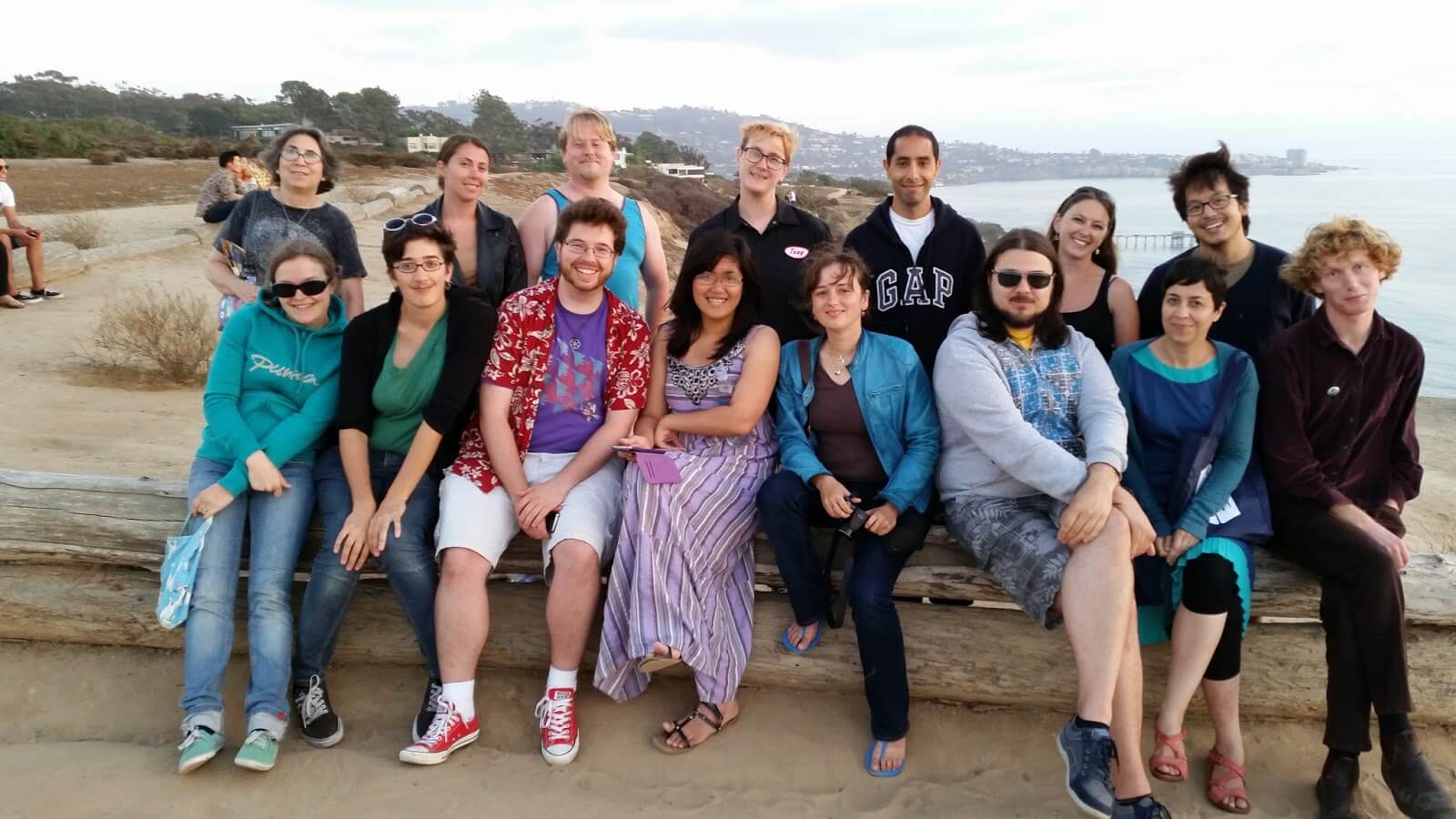 I am the incredibly fabulous one with the sunglasses.

However, I’m not writing this post to break down the weeks or share the funny anecdotes. Not that there is no place for such posts, it’s just that I’ve horrible memory and I want to keep that part of the workshop private.* What I want to talk about is the importance of Clarion to me as a writer, who has always been in the minority and never truly belonged to a community.

I live in a small country where English is taught as a second language, but few command with skill and fewer use to pursue writing and fewer still choose to write speculative fiction. That’s not meant to insult my country and culture, but that’s my experience so far and I’ve never had the opportunity to attend book clubs, go to readings or be a part of a writer’s group where you can actually inhabit the same space. Even being on social media is a challenge, because I’m never in the right time zone and this physical removal from the people I’ve befriended isolates me further and further.

For the longest of times I’ve felt that I will never belong, because I am just not there. Who is going to want someone who is not even there? People talk about world fantasy, diversity and inclusion, but all the action still happens in the States and the UK. I hear the discussions, but I haven’t felt as if I’m included, as if I matter. After all, I don’t know what I’m representing on the genre stage and whether what I’m representing actually matters to someone else. Clarion came during a time I felt scared that no matter how much I write and strive to be better, I’d never be seen. The acceptance showed that yes, I can be a writer within this community even as removed as I am from the industry.**

Going to Clarion showed me that the community is interested in giving a platform to voices that otherwise would have a hard time breaking on their own. My class, Clarion UCSD 2014, had people from Australia, New Zealand, Singapore, Spain, Finland, Canada and the Philippines as well as Bulgaria. Clarion really felt like a great chunk of the world in one small classroom of eighteen people. It felt encouraging to be included. Writers are peculiar when it comes to validation and I guess I’m no different, but I think my fears come from a lack of representation.

I’ve never seen a writer establish a long, healthy and visible career in writing with English as a second language when I first decided to pursue writing. I thought agents and editors would run like hell – a reaction I have encountered in my line of work as a freelance writer for small companies. Everyone wants a native speaker and for a long time I feared the same would hold true in publishing, but Clarion has opened my eyes. The instructors during the six weeks have been nothing but positive and thrilled to have so many different writers to read and teach.

I had the same experience where my sexuality is concerned. I’ve been reading fantasy and sci-fi since I hit puberty and I didn’t see gay writers writing genre. I didn’t see any gay women or men in the lead, who have a fulfilling sexual relationship that moves their narrative. What did those works teach me? You are invisible. You don’t get to have your adventure. You do not exist, because no one wants you there. These lessons affected my writing. I would get an idea and then cut away the things I didn’t see in published works. There is no satisfaction in being your own worst censor, in fearing your own sexuality as your career’s undoing before it even begins.

Clarion, yet again proved my fears unreasonable. John Chu winning the Hugo for Best Short Story*** is a clear sign that the industry is ready for gay writers, writing gay characters, but it was at Clarion that I truly felt accepted as a human being in a way I never have back in my country. It was as if I could breathe freely for the first time and do not have guards up and edit how I behave to fit in, because these are skills I had to pick up living in Bulgaria. Clarion helped me embrace my identity as a gay man and more importantly convince myself of the importance of having gay voices in the genre community. There’s nothing more liberating than that.

Honestly, I didn’t know whether the workshop was for me. I was scared that I was admitted on a fluke. That being so different would convince people to send me back (aren’t writer fears the best?) and that would be the end of everything. Clarion taught me that differences matter and that they are welcomed and loved. Clarion taught me to write without fear and that is what I’m going to do from now.

* You can turn to Vida Cruz, Amanda Fitzwater, Martin Cahill and Marian Womack for more detailed accounts and much fuller narratives.
** Travelling to cons is way too expensive, especially for a person coming from an economy, which is fundamentally wrecked and income is incredibly low.
*** John Chu is also a Clarion graduate, so there is that awesome tidbit.

Tags Clarion on being a writer