The Alien Nature of Discovering a New City

I’ve been silent over here and there is a reason. I’ve made it public over on social media that I changed cities as of the end of September. As far as moving around in Bulgaria goes, this is as big and dramatic as it gets, because I left the sandy beaches of Varna to relocate on the other side of the country in Sofia. Living on my own doesn’t scare me as I’ve rented on my own in Varna, but living on my own in a new city adds a whole new dimension. It’s a clean start in more ways than one, because you have this incredible new frontier to discover (though not all my friends have a high opinion of Sofia). 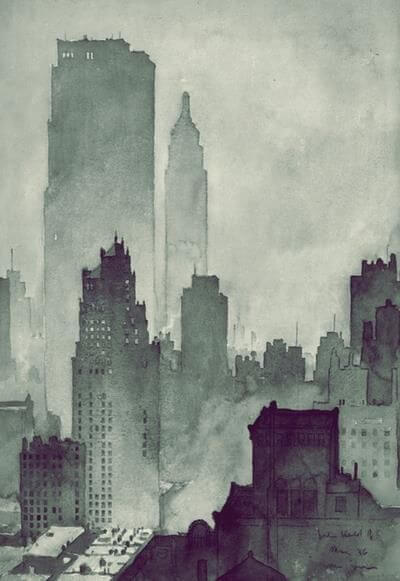 The general state of mind that prevails when living in a new city is displacement. I wake up in the morning with a sense of disorientation in the heart, even though I’m well aware where I’m staying. I don’t necessarily feel as though I’ve come to live here, even though I have enough material evidence to suggest otherwise. Rather I feel as though this is a vacation, that my time here will run out and I’ll go back home where I also left my work habits, because running on vacation time means that I have a hard time getting into working.

No matter how hard I insist that Varna is not my home any more, it still is. There is a certain kind of safety in the familiarity of the layout, in the imperfect streets where you’re free to lose yourself in your mind, but your body could never betray you by taking a wrong turn, tripping over crooked pavement or stepping into a hole.

For all its vastly superior size, Sofia feels small – confined to a small selection of streets and bus lines I’ve been on. Every new push against my boundaries comes as a great expedition, a calculated attack on the city’s mystery, where much planning and strategizing occurs before I’m most certain about where I’m going. Every bus ride requires precision and keen sense of observation as if the city is not a city, but something organic – a breathing labyrinth inclined on rearranging its intestine-streets to obfuscate itself, reliant on crowds to mask its transitions, fond of distracting you until you do make a wrong turn.

There is a certain intensity in allowing the unfamiliar to imprint itself on your very being and it rivals all other experiences in life, especially if you’re resistant to change because it feels as though it can devour you. It’s all good though. I chose this and I’m following through with the transition to a different urban pulse. Once I find my own place, I’ll have the perfect anchor to ground me during my further exploration.