[Women in Genre, Day 22] Gemma Files and the Nature of Sexuality

Last I wrote about Amal El-Mohtar and her delicate aesthetic. Another author I highly value for her strong commitment to beauty in style is Gemma Files. Files hails from Canada and has a bit of a reputation as a creative risk-taker, something every writer should aspire to achieve in every single sentence he writes. Risks push form and genre, which Files accomplishes with aplomb in her wonderful “A Book of Tongues” – a book I consider dear and important. 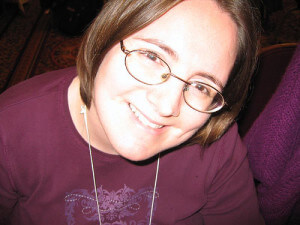 Because I have an emotional attachment to this particular title, I’d like to reminisce and share my experience reading “A Book of Tongues” and how it came to my possession. In all honesty, I do not find weird west all that interesting. Cowboys and deserts don’t appeal to my aesthetic, reason why I stopped playing Diablo II as well (curse you, desert!), so it was pure impulse I volunteered to review Files’ novel for Innsmouth Free Press in 2010.

After all, the blurb promised a real gay couple – central to the plot and everything. I hadn’t read LGBT fiction. How could I resist? The idea seemed ludicrous. Books written with characters just like me? Unheard of. Gemma Files’ novel did a lot more than just show fiction for queer readers existed, but I will focus on that later.

It was summer – hot as hell and I worked a second summer as a hotel receptionist at a miserable, small hotel with personnel that made me uncomfortable with their behavior. I couldn’t come out to my colleagues, because they didn’t seem like the tolerant type, and I don’t take risks when the question of my sexual preferences can make my work environment hostile. High school wasn’t a particularly fun experience for a gay kid and in 2010 I still gained confidence about being who I am as a person – gay and weird (but mainly weird).

I read the book in four or five sittings during my night shifts at work when the hotel slept deep in the night and darkness would claim the foyer. No one could understand what I was reading and a great many times I didn’t either. This is why I wrote down all the unfamiliar words in a notepad to translate them, then re-read passages and piece together the story anew. No book in genre has driven me to a dictionary before. At first, I didn’t take this to well, because Gemma Files showed me how much I had to improve, but at the same time I went back to the basics. What I relished in my studies of English is hunting new words, so “A Book of Tongues” set me on three journeys – a journey of self-improvement, a journey of self-awareness and a journey of pure joy from all the beautiful words Files had lain.

I had this to say about the novel:

“A Book of Tongues can be best described as “haunting”. The prose is lyrical. It coils, sedates and is addictive as opium fumes. It’s much an enchantment as it is a snare, which snaps around the reader and drowns him in the book’s stark vividness. The story reads like a fevered, fragmentary dance, divided into three books, which roughly equate to exposition, build-up and resolution.”

To read “A Book of Tongues” felt good and right. Empowering even. Here are characters who’re as badass as the most masculine heterosexual role models and happen to enjoy raw and rough sex with other men. Although now I’m aware of how sexuality, gender and gender identity aren’t the same thing, which makes human sexuality all the more nuanced, at the time I knew no one in my situation and therefore, certainly didn’t expect a novel to showcase strong gay characters. Genre concerned itself with princes saving princesses in ever-changing setting, sure, but never straying from the binary canon.

In this context, “A Book of Tongues” felt taboo and given the opinions Amazon reviewers have expressed about the contents of the book, the book has kept its edge sharp as a barber’s razor and I recommend it as definitive reading for LQBT genre readers. Files has created a masterpiece in her style, story and intensity.

I can honestly go on for ages, but I think I made myself clear on why Gemma Files deserves a lot more attention. Her fiction is not only imaginative and daring, but has personal significance and I really should reread it along with the rest of her series.