Editing “The Girl with One Eye” has been a rather cathartic experience, because for the first time I didn’t stare at the piece and rely on intuition alone to solve its inherent problems but look into it as a composite of elements, clank my wrench against them and decide what needs fixing. I’ll have to talk about what being a grown-up writer is all about in a future post, but for now I’ll stick to the lessons my soundtrack taught me about writing. 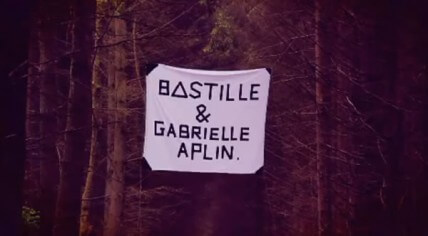 Back at the story at hand. I edited “The Girl with One Eye” with one song on a constant loop and that is Bastille and Gabrielle Aplin’s rendition of Fleetwood Mac’s classic “Dreams”. The song feeds off on the original’s sound, but also manages to incorporate current musical styles through a blend of gentle synths. Combined with soulful vocal performances, the end result haunts the ear and begs for replay abuse.

Here’s the original for kicks:

Nevertheless, Gabrielle and Bastille’s treatment isn’t the only instance, in which this song has been covered. 2005 saw Deep Dish update the source material with new vocals by Stevie Nicks as well as an infectious house production which exploded in Bulgaria.

What does this all have to do with writing? Song covers have a lot more in common with being a writer in the speculative fiction genre, mainly because you have to work with archetypes, tropes and ideas other writers have elevated to cult status. We all cover someone else.

Every writer to ever write a fairy tale?

Every writer to ever to work with established real world or fictitious mythology?

Every writer to portray a known monster?

Every writer to work within a specific genre with a rule set and well-established story patterns?

All three renditions of “Dreams” taste like honey. The source material shines with its beauty and clever, inspired lyrics, melodies and harmonies. Regardless of productions, all three songs carry a powerful charge in their respective genres and clearly communicate the song’s message to their audiences. Fairy tales have forever served as wells for inspiration and derivation (though I’m not in any case saying derivation is bad). You have Bill Willingham’s Fables, a superior comic book series with revamped fairy tale characters, and Angela Slatter’s take on fairy tales in her The Girl with No Hands and Other Stories, which emancipate female characters. Also, there’s Goosle by Margo Lanagan, which ventures deep into the unsettling and introduces cruelty and horror in an already horror-driven story.

3. Humanity has been in a continuous conversation with itself since we discovered speech. This conversation is in constant flux and covers reintroduce valid ideas for a new context.

The original “Dreams” embodies the 70s spirits (or so I’d like to believe). Deep Dish tailored the song to a certain sub-culture with a slightly more menacing undertone (Nick’s delivery plays a crucial part), while Gabrielle and Bastille strengthen the emotional core of the song through an almost orchestral feel for a dramatic flourish pertinent to how we like our music now. Loud and intense and over-the-top, immediate, gutsy and cutting deep into our flesh and soul.

It’s why gritty fantasy exists in the first place. Most of the tropes from the heroic, high and epic genre has been updated to be darker, grittier and dimmer. More is what the audience wants so it’s the period for intense fiction, high stakes and non-stop danger.

4. If you ‘cover’ a popular story or myth, your work will live in the shadow of said work.

Britney Spears covered Joanne Jett’s “I Love Rock n Roll”, a song our collective memory will never be ready to forget (I love it) and Britney used it as an attempt to brand herself as a bad girl. This being the Internet, you can find numerous comparisons between the two songs. The cover has no chance to stand on its own, partly because the original is a hit and partly because of what Joanne contributed in the world of music.

Last year, I read “Hero” by Perry Moore – a super hero novel about a gay teen taking charge for once, but what the novel failed to deliver is the actual super heroes. The most important figures in the novels read like copies of Justice League drafts and because of that will continue to live in the shadow of DC’s body of work.

5. The more popular the source material, the more heat you will eat for it.

Case in point, Annie Lennox’s album “Medusa” and Anastacia’s “It’s a Man’s World” cover the successful hits by male singers and groups. Critics went berserk on “Medusa” and it’s indicative of how ‘well’ Anastacia did with her rock covers considering the album has gone nowhere. Also, Anastacia is probably the last singer to tackle classic cover songs, cause she bombed so bad.

It’s the same with fiction. When Once Upon first made headlines, fandom screamed so hard of foul, Bill Willingham had to step up and dispel any speculations that Once Upon a Time stole the core concept of Fables.